In 2015, Battleschool debuted a new series in their line of customized precision dice for ASL.  This series, the Stalingrad series, features four different offerings with six dice in total, each linked to a unit that fought in the pivotal battle (three German, three Soviet).  All the dice in the series are 5/8″ (16mm) ball-cornered custom precision dice. 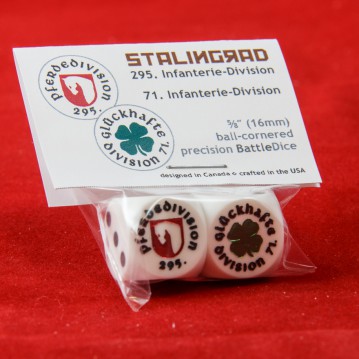