Alea is a long-running (though irregularly published) wargaming magazine published by Ludopress in Barcelona, Spain.  Begun in 1988, it is similar in nature to the French wargaming magazine Vae Victis in that each issue of the magazine comes with a complete wargame included (although the counters are not mounted or die-cut, but have to be cut out by players).

From its inception, Alea has supported ASL with sporadic Spanish-language scenarios and materials.  Although it provides English translations for its wargame rules, it unfortunately does not do the same for its ASL materials, making them somewhat inaccessible to most of the rest of the world.  This has resulted in Alea not getting the credit it deserves in the ASL community for being the longest continual publisher of ASL-related materials.

As of 2014, however, Alea has not published an issue in several years and, though not yet officially defunct, one must consider it de facto-ly defunct.  Alas. 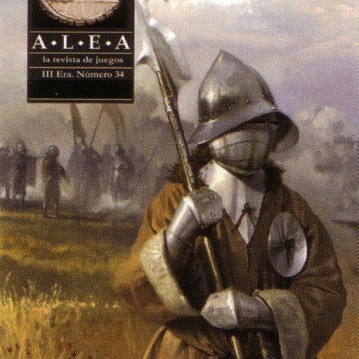