For players who enjoy the All-American modules, the Gamers Guide is a nice way to get added value out of them. 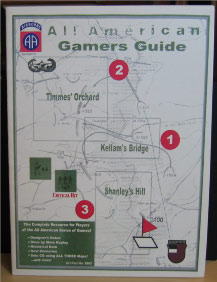