With ASL Classic, Avalon Hill decided to reprint some of the better ASL articles and scenarios that had appeared in out-of-print issues of The General.   The articles also included the most influential/controversial ASL-related article to appear any other ASL-related publication, the dreaded “One-Half FP:  The Incremental IFT Variant,” which introduced the IIFT to ASL. This originally appeared in ASL Annual ’89, not The General.

However, few of the articles are remarkable, the “state of the art” for ASL has surpassed what is written in some of them, and in general, the articles in the ASL Annual and ASL Journal are of higher quality.

The 16 scenarios included A (The Guards Counterattack), B (The Tractor Works), C (Streets of Stalingrad), D (Hedgehog of Piepsk), E (Hill 621), F (Paw of the Tiger), G (Hube’s Pocket), H (Escape from Velikiye Luki), I (Buchholz Station), J (The Bitch Salient), T1 (Gavin Take), T2 (The Puma Prowls), T3 (Ranger Stronghold), T4 (Shklov’s Labors Lost), T5 (The Pouppeville Exit), and T6 (Dead of Winter).  These are solid scenarios worth getting, mostly for the T scenarios, which are generally good tournament-sized scenarios.  It is not clear why they only reprinted half of the T scenarios–it would have been better to leave off the Squad Leader conversions (not all of which make great ASL scenarios, nor were all necessarily good SL scenarios to begin with) and to have included all of the T scenarios.

In any case, ASL Classic is long out of print and won’t be reprinted.  The scenarios reprinted therein can be downloaded from the MMP website.   Given this, getting the magazine is probably mostly for completists. 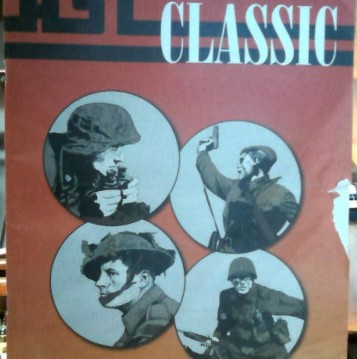