If it is March, the time is nigh for the busy little ASL bees of Kansas City to deliver a March Madness scenario pack in time for the ASL tournament that takes place in that city each March. The offering for March 2019 is the Close Combat Pack, which has hand-to-hand close combat as the common theme for its scenarios.

Perhaps the most unusual scenario in the mix is MM59 (Wildcat Bowl), because of how fortification-heavy it is. The defending Japanese have 11 squads and 6 crews (3 of which man guns, 1 an HMG). However, they get 12 Cave Counters, 3 Pillboxes, 6 Trenches, 8 Foxholes, 10 Panjis, 4 Roadblocks, 3 Prepared Fire Zones, and 42 AP Mine Factors. The fortifications considerably outnumber the Japanese themselves!

The inclusion of one scenario was an unfortunate decision. MM53 (Muranowska 6) is a scenario set during the Warsaw Ghetto Uprising in April 1943. The Warsaw Ghetto Uprising was essentially an attempt by Jewish resistance fighters to choose the manner of their death (by fighting) rather than be deported for mass execution. However, it was still part of the Holocaust and it is the opinion of Desperation Morale that the Holocaust should not be denigrated by including its atrocities in a game. 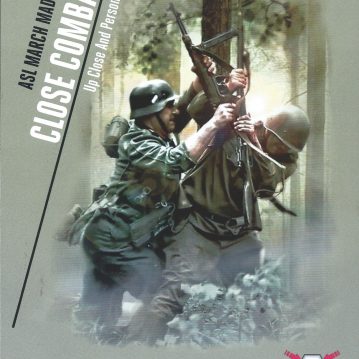