ASL News reached its 30th number in September 1995 with another 48-page magazine.

Editor Philippe Léonard may have had some problem finding ASL content with which to fill those 48 pages, because with #30 he introduces a bunch of non-ASL content, including a review of the Avalon Hill game Maharaja (!) and a review of a biography of Jochen Peiper (!!!).  He does include his usual ASL news roundup, as well as a scenario analysis, an article on LOS, a continuation of the endless picks and shovels article, designer’s notes, a historical article, an article on German infantry battalions, and various miscellany.

The issue contains a small “goodie” in the form of a small sheet of five elevated railroad overlays.

For this issue, the 4 included scenarios are printed on a large sheet of cardstock that is used as the centerfold for the magazine; thus players could theoretically remove the cardstock from the magazine, cut it in half, and have their scenarios on cardstock instead of flimsy paper. 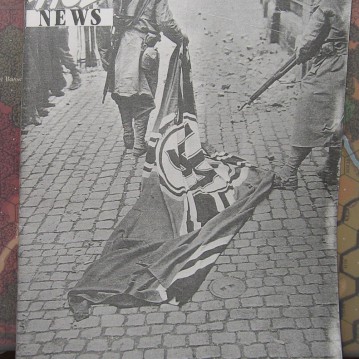