Published after a long delay, ASL News #31 would be the last in the long-running ASL newsletter/magazine, which had nearly a decade of existence and which played such an important role in the early years of the ASL community.

Article content includes Philippe Léonard’s last acerbic/funny “Notes” roundup of ASL news (he can’t stop criticizing the publishing of his own Kampfgruppe Peiper II), scenario analyses, an article on a Belgian AFV (no, it’s not the Mk VI Waffle-izer), an article on playtesting SASL, designer’s notes, an article on weapons pits, and miscellaney.

Frustratingly, once more the magazine contains non-ASL content, including a review of a computer game and a review of the game We the People.

There are no “goodies” accompanying the magazine.

Unfortunately, ASL News’ last issue was not their best issue. 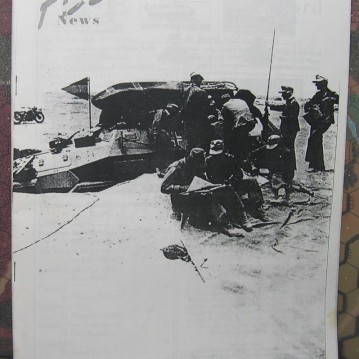