Contents:
8 scenarios (in color) on cardstock

Veteran designers Peter Struijf and Christian Mazzei, after designing numerous scenarios for Friendly Fire and MMP over the years, decided in 2017 to design and release a pack of their own, which they did, releasing it at ASLOK 2018.

In feel, the pack very much resembles a Friendly Fire scenario pack, with 8 scenarios featuring a variety of actions from around World War II–and beyond. The production values, however, are nicer, with the scenarios printed in full color on semi-gloss cardstock, even featuring a watermark image of Europe underlying the card information (luckily, it does not affect viewing/reading of the scenario cards). The physical presentation is thus quite attractive. However, there is still no counter artwork, with the designers simply putting squad values and AFV names on the scenario cards in pretty much the exact same way that Friendly Fire does.

All of the scenarios are large in size–rather a departure from the bulk of their previous scenarios–and are not that well suited for a tournament or other short-play-time situation.

Another feature of the Death to Fascism pack is that all eight of the scenarios must utilize the pack’s Death to Fascism Special Rules. One of the rules that can add to set-up time provides for players purchasing most of their SW. With each scenario, each player is given a number of Support Weapon Purchase Points (SWPP) and a list of available SW. On a chart on a separate card, the point cost for each type of SW is provided (regardless of nationality or date). Thus, for example, an ATR or a DC costs 1 SWPP, while a 60mm MTR costs 2.5.  An HMG or a FT cost 6, while a .50 cal HMG or an 81mm MTR cost 7 SWPP.  Generally, speaking, ASL players enjoy scenarios where they can choose part of their OB, and such measures give scenarios a bit more replayability–though for most scenarios there tends to be an optimal set of purchases that are realized sooner or later, which thereafter removes much of the flavor.

More controversial, perhaps, may be the Setup rules. One rule gives every non-Japanese combatant (attacker or defender) one HIP squad-equivalent. This is not problematic. However, another rule mandates that SW and SMC (if stacked with MMC) be kept off board, recorded on a sheet of paper, until used or moved in some way. While some players may like this additional “fog of war” aspect, others will dislike the significant additional record-keeping this rule entails.

The other rules are mostly Grudge Rules (i.e., rules added because the designers have a grudge against certain official rules and so wish to negate them through SSRs).  The Grudge Rules include not allowing vehicular crews to control buildings or locations, requiring that vehicular crews must attempt repair of any MA, and disallowing Kindling.

The special rules fill up a scenario card (though this also includes an example). There are two such cards provided, so that players need not share a single card. Even aside from the pack rules, the individual scenarios themselves tend to be fairly SSR heavy.  Between the pack rules, the SSRs, and the specific scenario situations, the pack seems designed for advanced players rather than aimed at a more general ASL audience–taking a tendency in the Friendly Fire packs and going even further with it.

The scenario that has received the most play to date is the eponymous scenario, DTF4 (Death to Fascism), which features an armor-supported Soviet attack on a fortified Romanian position. The second most-played scenario, DTF-6 (Magnificent Beasts of Prey), is also an East Front scenario; it depicts a Soviet attack with elite infantry forces and 7 smoke-happy AFVs against a village defended by a relatively small Waffen SS force (much of it 4-4-7 squads) and two non-turreted AFVs.  Unfortunately, ROAR results so far suggest it is quite unbalanced against the Soviets. Your humble author also played this scenario, and won as the Germans as well, though against a less-experienced opponent.

One of the meaty scenario, DTF-2 (Blitzkrieg!) uses two full boards and two half-boards as the setting for a large German infantry attack (with 7 leaders!) supported by 10 tanks against a French infantry force gradually reinforced by 10 French AFVs.  Plenty of early war armor fighting and infantry fighting alike.  Desperation Morale will also give historical credit to DTF-5 (AK ’44), a Warsaw Uprising scenario, for giving the Polish AK partisans a support weapon mix that reflects the sort of SW actually available to them, rather than the non-existent Soviet SW that so many scenario designers give to non-Soviet partisans.  This scenario is also one of the few scenarios in the pack where the SW-recording rule actually makes practical sense.

The most exotic scenario in the pack is DTF-8 (The Art of War), which is a rare Chinese Civil War scenario, a type of scenario that might become more common in the future because of the release of the Forgotten War module on Korea. This is a mixed blessing.  While on the one hand, your Humble Author is fascinated by the Chinese Civil War of 1945-49 (one of the largest conventional conflicts of the 20th century), and has read almost everything available in English on the subject, that same reading has led him to the belief that the Forgotten War rules do not represent the People’s Liberation Army all that accurately, and thus it is a shame that future Chinese Civil War scenarios are highly likely to be based on those rules.

Bitching aside, this scenario features part of the effort of the PLA to capture Kinmen Island, one of the numerous offshore islands still held by the mostly-defeated Guomindang (KMT/Nationalist) in late 1949. The scenario does not depict the actual amphibious landing itself, but rather part of the Nationalist counter-attack against the landing force that eventually defeated the attempted invasion. The scenario features 24 Nationalist Chinese squads, and two Stuart tanks, against 17 PLA squads with no weapons heavier than SW.   Early play reports suggest a PLA advantage, so players may wish to consider giving the Nationalists the balance (which is to add another tank).

Overall, the Death to Fascism pack is interesting, and the pack rules and relatively large size of the scenarios certainly distinguish it from its Friendly Fire forebears, but your Humble Author could easily do without the pack rules. 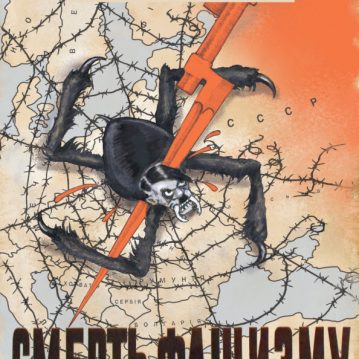