Few ASLers have seen the original versions of the scenarios, but versions of them were reformatted and made available as downloadable PDF files. Slizewski gave his permission for this.

The scenarios are all desert scenarios featuring German, Italian, British, Indian, French and New Zealand units.  It is one of the few sources for multiple scenarios with Italian troops. 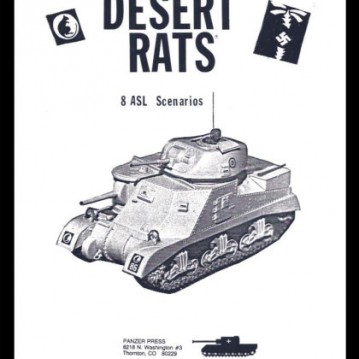