Perhaps the earliest Critical Hit offering other than its magazine, Forgotten Counters (FC) was a purchasable supplement for an article in Critical Hit Magazine #1 that provided rules and values for the Soviet STZ Komsomolets armored tractor/gun carrier. Readers who sent in $3 could get 2 scenarios featuring the Komsomolets, as well as 6 unmounted AFV counters (with blank counters that players could glue the unmounted counters on).

Ostensibly, this was going to be the first in Critical Hit’s “Forgotten Counters” series, but like so many Critical Hit “series,” it never had a second iteration. The product itself soon became forgotten and most ASL players have no idea it ever existed. It is quite rare. 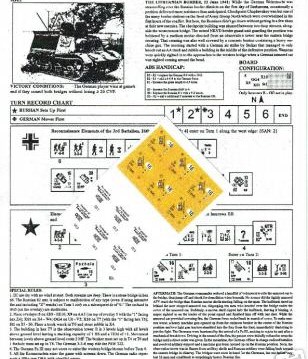