Home > Products > From the Cellar Pack 1

Xavier Vitry and his Franc-Tireur team (Jean Devaux, Laurent Closier, Alexandre Rousse Lacordaire, and Philippe Naud) surprised ASLers with an unexpected Christmas gift in late 2004 with the release of their first scenario pack, From the Cellar Pack 1 (FtC1), complete with a colorful cover courtesy of artist Emmanuel Batisse, who has been doing ASL-related illustrations and cartoons since the days of Tactiques.

The product, though a French production, is all in English, for the benefit of ASL’s international audience.

The scenarios included in FtC1 are scenarios that were originally created for Le Franc Tireur but did not make it into the magazine.  As a result, the subjects of many of the scenarios are the same as the topics for the themed issues of Le Franc Tireur:  Barbarossa 1941 (4), France 1940 (2), Normandy 1944 (2), Poland 1939 (1), and the French Alps 1945 (1).  Two of the scenarios involve Italian troops and one has Finnish troops.  One features the unusual situation of a Soviet airdrop.  The pack also includes the rules to link three of the scenarios (FT47-49) together for a mini-campaign, the Lingèvres Campaign, in which the losing side in each scenario gets additional forces for the next.

Five of the scenarios are large (but most of those are borderline medium-large), while three are medium and two are small.  Overall, it is a good mix.  One scenario is a night scenario.  There are no complicated SSRs.  Scenario FT58 (Dream is Over) has a serious piece of errata: the U.S. half squads should actually be full squads!

As has been customary for recent Franc-Tireur productions, the scenario cards are attractive, printed in full color on cardstock, featuring colorful OBs and actual mini-representations, in color, of the maps required in the scenarios.

In the 10 years since its release, the scenarios in FtC1 have not been played that much and so there are not really clear winners or losers on ROAR.  However, a number of the scenario situations are interesting, so they may be worth a try if they interest you. 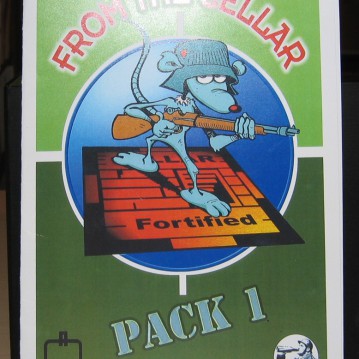