Home > Products > From the Cellar Pack 6

As can be seen from the above list, a number of the actions are fairly esoteric and will appeal to those ASLers who are particularly interested in the unusual and forgotten aspects of World War Il.   The scenarios tend towards the smallish; all of them are either small in size or on the smallish side of medium.  All of them are easily tournament compatible (except, perhaps, the all-armor scenario, FT160 [Close Encounter of the Bad Kind]).  They ought to play quickly, too, as none of them utilize Night rules, OBA, or Air Support.   In general, SSRs are short and sweet; so too are the turns (the scenarios are all 4-6 turns in length).  The pack thus provides a number of options for players who just want to whip out some counters and get going with a short scenario.

Physically, of course, FTC6 is up to LFT’s usual high standards, with attractive full-color scenario cards.

Several of the scenarios are interesting.  FT166 (Heroes at Leros) is set on the underused board 9; in it a decent-sized force of elite and first line British troops must traverse the fairly bald hill to take a stone building from a smaller force of elite German paratroopers.  It could be bloody.   FT167 (Wasp Sting) features another British assault on a German position, this time in France, but with the benefit of a couple of fire-spitting toys, the eponymous Wasps.  It seems balanced and fun.

FT168 (By Dawn’s Early Light), a very small late 1944 German-American tussle, is well-balanced and quite playable.  In fact, it is small enough that players can easily play it twice, changing sides after the first game.

Should it prove balanced (as of 2014, it is not), FT165 (Shopino Struggle) could prove a popular scenario as a playable combined-arms East Front action at Kursk, pitting the Waffen SS (including a Tiger) against a Soviet force of infantry and T-34s.  With just four turns and relatively open terrain, it will be fast, furious and quite possibly bloody.

The only PTO scenario in the mix is FT164 (Guts Are Not Enough), a Burma 1942 scenario featuring not the Japanese, but their minor allies, the Burmese Independence Army, which participated as an adjunct during the Japanese invasion of Burma.  The British have fewer, but better forces; they also have two carriers.  Unfortunately, the scenario is not very fun to play for the Burmese, who will move very little and in all likelihood spend most of their time trying to keep concealed.

Also exotic is FT163 (Price of Persia), featuring some of the desultory actions that occurred as the British and Soviets occupied Iran in 1941 to secure it from the Axis.  Historically, this scenario is a bit of a stretch, as the intensity of the (brief and not bloody) action is exaggerated in order to make it scenario-worthy.  Nevertheless, it is one of few scenarios out there that pit the British against Axis minor allies (as the Iranians are represented here).

Perhaps the most exotic scenario is FT162 (French Civil War in Gabon), which pits Gaullist Free French Foreign Legion troops against Senegalese Vichy French troops in French Equatorial Africa in late 1940.  If the forces themselves were not exotic enough, the scenario uses the rarely used airstrip half of Board 38 and also invokes PTO rules.  The elite Free French must capture a half-dozen huts while staying under a fairly strict CVP.  The scenario was played a number of times at ASLOK 2011 and though there were a couple of Free French wins, the general consensus was that the Vichy French have an advantage (although as of 2014, ROAR does not confirm this).  The Free French must cross a great deal of open ground, with nothing to help them do it, against some nasty weapons; moreover, they have an extremely low CVP cap (only 10 CVP).

One scenario, FT162 (Assault on District Rovno), players may shy away from, as it pits Soviet NKVD troops against anti-Soviet Lithuanian partisans, with the result that both sides use counters of the same color.  It is not clear why the designer did not simply use Chinese counters for the partisans (as such can be done without too much effort), but in any case, players still have the option to do this on their own, if they want to play the scenario–doing so will certainly ease play. 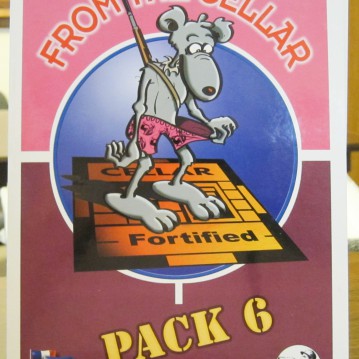