Journal du Stratège was a French wargaming magazine published in the late 1980s/early 1990s by Didier Rouy.  It lasted for over 70 issues.  Its ASL content consisted of the occasional scenario, in French.  These include some of the earliest third party scenarios published for ASL, most designed by Pierre Forget or Robin Reeve.

The physical quality cannot be said to be high.

Known scenarios are included here, but this is not necessarily a complete list: 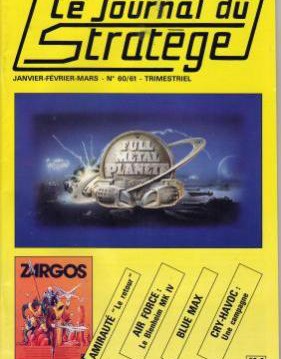