The fourth issue of Le Franc Tireur, the final issue edited by Laurent Closier, actually included the equivalent of a full scenario pack. It features historical background and scenario analysis for Laurent Cunin’s Provence Pack, which was re-published “officially” as a free downloadable scenario pack by MMP in 1999.  This is essentially the French version of the same materials. 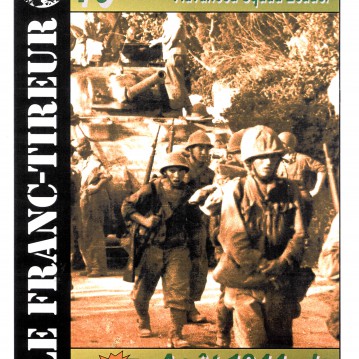