This particular offering in the series features the white die and a die for the 1st SS “Leibstandarte” Panzer Division. 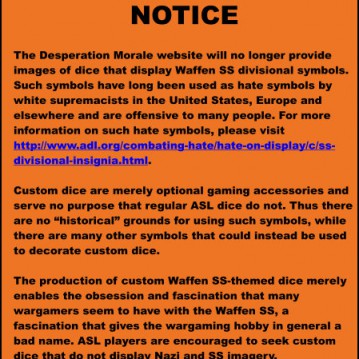