The Kansas City Irregulars followed up their Pusan Perimeter pack of 2007 with another small scenario pack for attendees of their annual ASL tournament (a tradition resurrected from the 1990s and Kinetic Energy).  This time around the subject is war movies; all scenarios are based on scenes from war movies (8 dealing with World War II and one with Korea).  As one might suspect, these are not historically based scenarios.

The movies represented in this pack include The Dirty Dozen, The Bridge over the River Kwai (two scenarios), Kellly’s Heroes, Days of Glory, The Winter War, The Glory Brigade, The Battle of the Bulge, The Fighting Seabees, and Sahara.

Ostensibly, only 75 copies of this pack were printed, making it a very rare item, although the non-historical nature of the scenarios make it inherently less collectible. 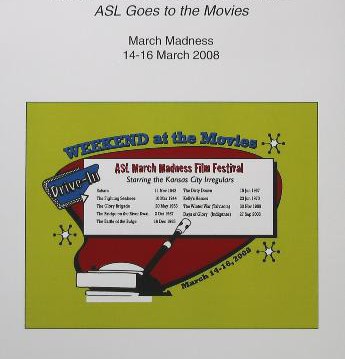