Home > Products > One Out of Four: The Saga of Saving Private Ryan

Just look at the maps and take a moment or two to see how many apparent mistakes or problematic hex depictions one can find.  How does one even play hex B4 on the Ramelle map?  How does one play the building/road hexes in which the roads are clearly not along hexsides?  Some hexes appear to be shellhole/building hexes; one has to wonder what the chances are that these are fully explained in the rules.  The maps are also ugly. 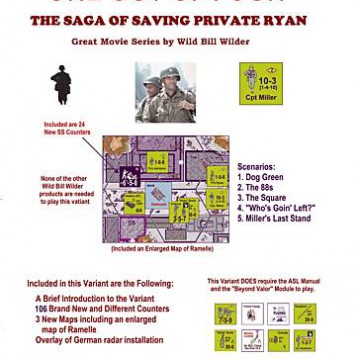