The Ost Front Pack (OF) is a small scenario pack featuring a half-dozen East Front scenarios.  Billed as a “tournament pack,” not all of the scenarios included within are actually suitable for tournament play.  The pack contains 2 medium-sized scenarios, and 4 large scenarios (one of which has 39 Soviet squads!).  Two scenarios have OBA; no scenarios use Air Support or Night rules.  All scenarios are Soviet-German.

Only one scenario, OF1 (Stalin’s Shadow), has seen a lot of play, and it appears to be unbalanced.  A better option might be OF2 (Storm, Five Five Five). 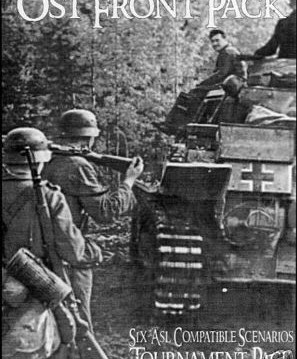