The Panzer Aces scenario pack is a small scenario pack based on the book of the same name that features 9-2 German armor leaders.  It has never been offered for sale, but instead has been made available by George Kelln to tournament directors to offer as a prize in their tournaments (one of several such small packs Kelln has created).  Because of its very limited distribution, it is a rare ASL product typically obtainable only by doing well in a tournament that offers it as a prize, or cajoling such a winner to allow the photocopying of its scenarios.

The six scenarios include two in Germany 1945, one in France 1940, two on the East Front 1943, and one on the East Front 1944.  Because of the very limited distribution of this pack, play results are negligible, with one glaring exception:  PA5 (Parry and Strike), which as of August 2006 had a perfectly balanced ROAR record of 20 German wins and 20 Soviet wins (it has been used as a tournament scenario).  As of 2014, it was 24 German wins, 26 Soviet wins. 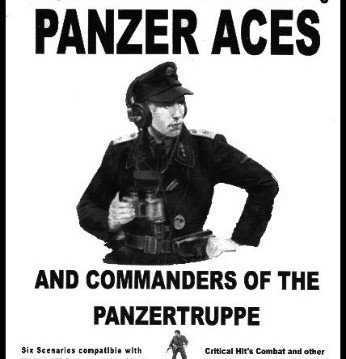