The Paddington Bears ASL Club is a very long-lived Australian ASL group, most famous for the scenarios they designed and playtested in the 1990s and published by Critical Hit (in three scenario packs and several issues of Critical Hit Magazine).  Rate of Fire was the club newsletter; in the early 2000s, it was edited by Mark McGilchrist, then David Longworth. 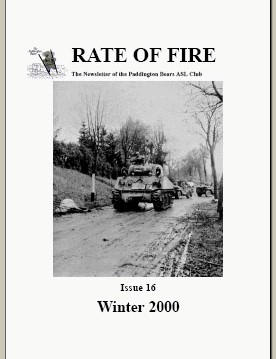