Publisher/Date:
View from the Trenches (1998)

View from the Trench’s first (and only) scenario pack was Shingle’s List, a themed pack designed by Bill Durrant that featured combat actions at Anzio during the Italian campaign.  Although it was offered for sale, it was later made available as a freely downloadable PDF file.

The scenarios were printed on cardstock using VASL graphics of the era, which seem dated now.  Shingle’s List also comes with British and Italian SASL generation tables, though no missions.

Despite the fact that most of these scenarios are tournament-sized and all are freely available for download, the Shingle’s List scenarios have not seen much play. 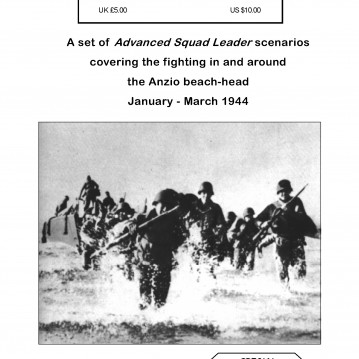