Contents:
One "extra" issue was devoted to ASL, with articles and scenarios.

The unusually named Sir Roger Mercenario was a short-lived Spanish on-line magazine devoted to miniatures, role-playing games and sometimes wargames. It existed from 2000 to around 2003.  The date given here for the ASL content is purely guesswork.

One of its “Xtra” issues, each of which concentrated on a single game or game system, focused on ASL.  SRM Xtra 1 had articles on OBA and the 250th (Spanish) “Azul” Infantry Division, as well as 4 scenarios (three of which featured that division).

A special issue devoted to ASL, consisting of two articles and four scenarios.

These scenarios are downloadable here. 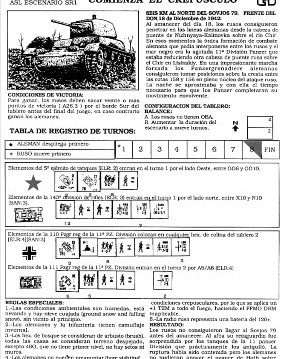