Today they can be freely downloaded from Desperation Morale, thanks to the kindness of John Skillman.

Several years later, MMP reprinted them as official scenarios in Out of the Attic #2. 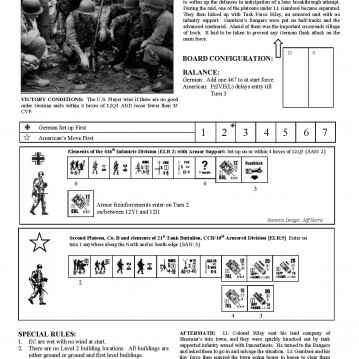