Alternative Titles/Edition History:
Note: in 2020, a revised and slightly expanded version of this product was published by MMP as Action Pack #15: Swedish Volunteers.  See that entry for details as well as for info on any possible later editions.

2020 Update:  MMP acquired the rights to this product circa 2011 and in 2020 published a new version of Swedish Volunteers as Action Pack #15: Swedish Volunteers.  It includes MMP versions of the counters, updated scenarios, and two scenarios new to the pack (one a reprint from Friendly Fire, the other original). 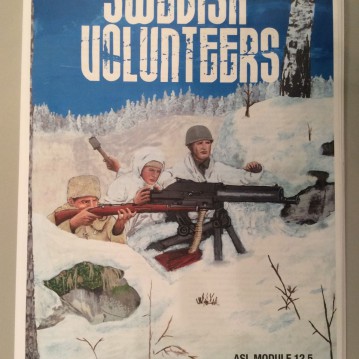