The latest in an endless series of crappy ASL “products” produced by Bill Wilder. It is the second in the so-called “Small War” series.  It covers the Bay of Pigs abortive invasion of Cuba and a hypothetical second invasion 18 months later as a response to the Cuban Missile Crisis. 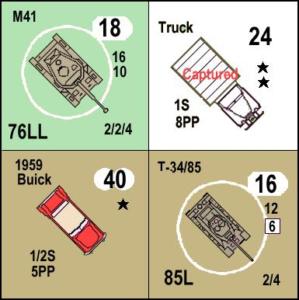