Strangely, despite the fact that Advanced Squad Leader was quite possibly the most popular Avalon Hill wargame, The Boardgamer largely ignored ASL.  It never published a single ASL scenario; during its entire print run, ASL content in The Boardgamer was limited to a few minor articles and an SASL Mission.  One exception, in terms of article content, was a series replay by Robert Banozic, Scott Drane, and David Goldman that appeared in Volume 4, No. 2 (April 1999).

The one substantive piece of content that The Boardgamer produced for ASL occurred in Volume 8, No. 1 (January 2003).  In that issue, The Boardgamer published an SASL Mission for the Pegasus Bridge HASL created by Ian Vickers. 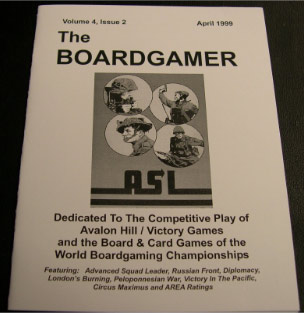