Home > Products > The Canadians in Italy: The Spaghetti League, September 1943 to August 1944

The second of George Kelln’s Canadians in Italy series, The Spaghetti League (CiI2) features twelve scenarios pitting Canadian (and in one case also American) troops against German and Italian foes.  The Canadians are, somewhat generously, always represented as elite.

CiI2 has a reasonable mix of scenarios, tending slightly towards the large:  3 small scenarios, 4 medium-sized scenarios, and 5 large scenarios.  Five of the scenarios have OBA, but there are no scenarios with Air Support or that use the Night rules.

This scenario pack includes several interesting actions, especially those involving Italian troops.  One scenario, CiI2-9 (First Clash), pits elite Canadians against a mere handful of conscript Italian squads.  It may seem hopeless for the Italians at first glance, but assuming they maintain their self-control, they definitely can win.  Another scenario, CiI2-10 (Per L’Onore D’Italia), features elite Italian paratroopers.  These are both fun tournament-sized scenarios, though First Clash may need the Italian balance.

The balance in some of the other scenarios, produced during George Kelln’s Extremely High Publishing Rate period, are rather suspect. 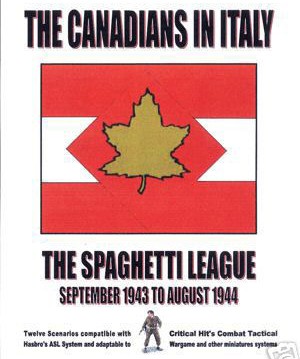