The Tactical Wargamer’s Journal is an irregular (averaging around one issue per year or so) wargaming magazine available from a print-on-demand service in both electronic and print form, although the print form is prohibitively expensive.  The massive magazine is published by Canadian Michael Dorosh, known primarily as a player of computer wargames.  The first issue came out in 2009.

It features articles such as a 20-page analysis of the boxes and containers that wargames have come in.  Most articles seem to be written by Dorosh (with additional articles possibly written by him under pseudonyms).  There really isn’t anything on gameplay for any tactical wargames, perhaps because the publisher is not known to do much playing of non-computer games.

Two of its issues to date have featured scenarios.

The reprinted, expanded version of Issue #1 released in 2014 contained one ASL scenario cribbed from a computer game scenario.  It also contained a five-million-page (give or take) set of designer’s notes for the single scenario.

Both scenarios are designed by Michael Dorosh, who is not known to have played more than a few games of ASL.

Given the cost and the content, this publication is one that ASLers can safely pass by. 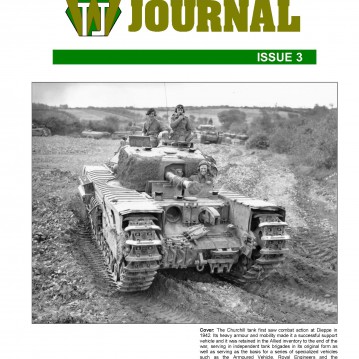