West of Alamein introduced ASLers both to the British/Commonwealth armies and to the deserts of North Africa.  The mapboards, overlays, charts, Chapter F, and many of the scenarios are all related to desert warfare in ASL.  British counters are also used to represent Free French and other nationalities armed by the British (such as Italians fighting on the Allied side after 1943).  ASL desert rules turned out to be complex in a number of respects and not all that popular; however, the module was crucial because it contained the British Order of Battle.  When it went out of print, it became a highly sought after item by new ASL players seeking to be able to play British scenarios; some copies sold for astronomical prices on E-bay. 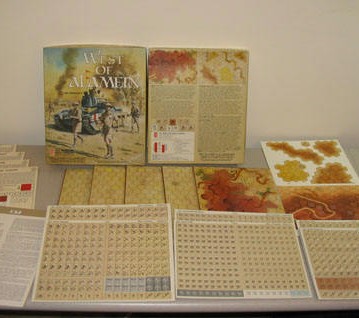