Contents:
46-page magazine, including 10 scenarios as pages of the magazine.

The issue also features a number of interesting scenarios, among them the classics CH41 (Test of Nerves, designed by Darrell Andersen and Rory Millard) and CH44 (Operation Nordwind, designed by Brian Abela).  Also good are the meaty CH48 (Double or Nothing!) and the desert scenario CH49 (High Danger).  Scenario artwork is different from previous issues, to reflect a more obvious distinction between Critical Hit artwork and “official” artwork. 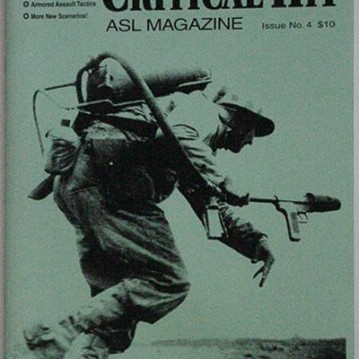