Contents:
Desperation Morale has not examined this product and cannot verify claims of its contents. However, it appears to contain 4 nonstandard 12" x 18" heavy paper/light cardstock geomorphic boards, 1 1/2" countersheet (280 counters), and 8 scenarios on cardstock.

Freedom’s Price: Poland 1 is an expensive (at $79.95) map/scenario pack from Critical Hit that provides a mere 8 scenarios, all of them featuring Polish forces during the September 1939 invasion of Poland by Nazi Germany and the Soviet Union. It is part of a “Freedom’s Price” series of packs by Critical Hit, each one focusing on a particular minor nation.

There was supposed to be a Freedom’s Price: Poland 2 as well, but it does not seem to have come out.

The product also comes with 4 nonstandard 12″ x 18″ geomorphic maps printed on glossy heavy paper/light cardstock.  Based on other, similar maps, the maps here may not be trimmed precisely, which means that players may not be able simply put maps adjacent to each other but may have to carefully lay one edge on top of another edge. The boards are pretty basic and some seem designed to ape official boards.

The product also comes with a sheet of 1/2″ counters (280 total) of German Infantry/SW, none of which is needed if you already own Beyond Valor (and who doesn’t).

At least some of the 8 included scenarios appear to be recycled; credit is given to Pedro Ramis for “original design.”  The others may be recycled as well.  Any recycled scenarios would have to be modified to fit the new boards but there is no indication of any additional playtesting.Six of the scenarios are large, while two could be considered medium-sized.  One scenario features OBA; none use Night or Air Support rules.  One scenario, FPP1 (Trybunalski Tribunal), is an all-armor scenario.  Many of the scenarios feature Polish AFVs. 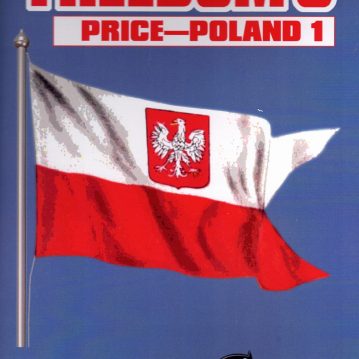