Kursk: Southern Salient 1 is a Critical Hit historical module published in 2019 that concentrates on the attack of the German 6th Panzer Division of Army Detachment Kempf on the southern flank of the German unsuccessful offensive at Kursk in the Soviet Union in the summer of 1943. Southern Salient 1 is really only part of a larger module that was seemingly split into two for publication, with the other half being Thunder at Melikhovo: Kursk 1943, ownership of which is allegedly a prerequisite of this module. 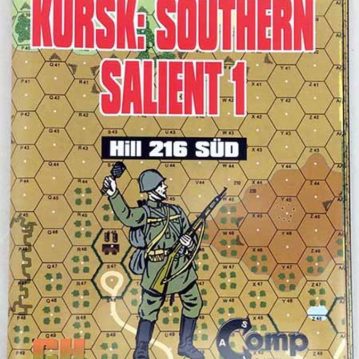