Home > Products > Neither Fear Nor Hope!

Neither Fear Nor Hope! (NFNH) was billed as Heat of Battle’s third Waffen SS pack, but it isn’t really a sequel.  It contains no counters and, unlike the two previous Waffen SS packs, it portrays actions involving a single unit, the 2nd SS “Das Reich” Panzer Division.  This themed scenario pack was designed by prolific ASL scenario designer Steven Swann, along with his long-time playtest and design partners, Burnie Hegdahl and Bruce Rinehart, all of whom had recently joined the Heat of Battle team.

Unfortunately, the cover to NFNH displays (twice) a symbol, the Wolfsangel, used as the divisional symbol for the 2nd SS.  Because of that use, the Wolfsangel has, in the decades since, become a notorious hate symbol used by neo-Nazis around the world (in fact, it is the logo for Aryan Nations).  Even the divisional symbol is used as a tattoo by racist skinheads.  Some uses of the symbol are against the law in Germany.  One hopes that if this scenario pack is ever reprinted, the cover will no longer feature this odious symbol.

NFNH is controversial, but for reasons that have nothing to do with Nazi iconography.  Rather, it became controversial because of rules decreed to be in force for all its scenarios.  While most of those rules are innocuous (such as clarifying ELR reduction for SS squads), one rule in particular stuck in the craw of many ASL players–the rule invoking “SW crews.”  This rule decreed that all MMG, HMG, MTR, and ATR must suffer a non-qualified use penalty unless operated by crews; moreover, if any such SW is removed from play, then that crew must immediately exit the board.

This rule is a perfect example of a “grudge rule” (also called “variantism” by some).  A grudge rule is a rule in a scenario, scenario pack, or module that is in there not because of particular historical circumstances pertaining to that scenario, but rather because the designer is irritated about some aspect of the general ASL rules, usually for perceived lack of realism, and decides to change the basic rules in his scenarios.  Most grudge rules are beloved by relatively few beyond their creators.  As a result of player opposition to the mandatory SW crews in NFNH, the next HOB product to use such rules, FireFights! #1, allowed that “those wishing to disregard these rules, and upon mutual agreement of both players, may replace Scenario Card OB given SW crews with the same number of half squads,” though HOB also pleaded, “we urge you to try playing the scenarios as designed.”  In Recon by Fire #3, the Swann-designed scenarios just have the crews thrown in, without any of the rules, apparently in the hopes that players will give SWs to them.

Another problem with NFNH is the huge amount of errata that it generated; in 2004, Heat of Battle issued a 4-page PDF file with nothing but errata and clarifications for the scenarios of NFNH (see also the Q&A at http://dicetower.com/ASL/PerrySez/ASL_QA%20noCB.DOC).   This is really a tremendous amount of errata for a simple scenario pack; only two scenarios did not require fixes, changes, or clarifications.

The fourteen scenarios span the entire war from start to finish.  In size, they are almost all large; there are only two small-sized scenarios and no medium-sized scenarios.  One scenario, NFNH14 (The Bitter End), features 51 AFVs.  In today’s ASL playing environment, where tournament sized scenarios or those that can be finished in an afternoon or an evening are the most popular, this does not seem like an optimal mix of scenario sizes.

NFNH-13 (Snake Ready to Strike) is a DASL scenario.

Overall, this is not one of HOB’s more attractive releases. 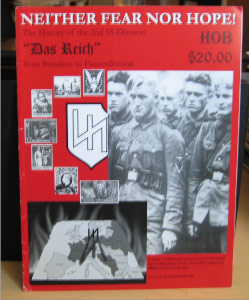