Freedom’s Price: Poland 2 is a scenario/map pack with a Polish theme.  Ownership of its predecessor, Freedom’s Price: Poland 1, is required to play some of the scenarios.  All of the scenarios in this product are set in France in the summer of 1944 and feature the Polish 1st Armoured Division, which fought alongside the British and Canadians on the Western Front in 1944-45.

Poland 2 features four unmounted hedgerow-themed geoboards of a nonstandard size (12″ x 18″, the size of one of their uncut map panels). The artwork is adequate. The boards feature rubble and slopes. They are also not fully geomorphic, being geomorphic only on three sides. It additionally appears that the boards do not cleanly mate with each other, requiring slight overlapping of boards.

The product also comes with counters, none of which are needed. Indeed, different copies of this product may come with different counters. The copy examined by Desperation Morale included one halfsheet of 1/2″ German infantry and SW counters.

Poland 2 comes with 10 scenarios that are likely not to have been playtested.  The product features an armored division, but except for two scenarios, there are fewer tanks than one might suspect. Two of the scenarios are described as “bonus” scenarios, which typically means that they are recycled from some older product, though likely not replaytested for the new boards. 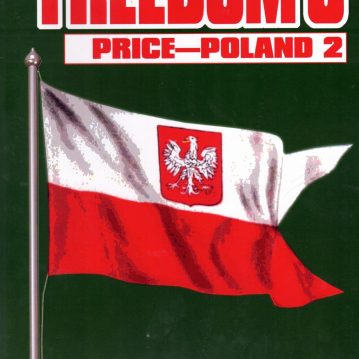