Little Saturn: Hold at All Costs is a scenario/map pack focusing on actions that ostensibly took place during Operation Little Saturn, the devastating Soviet attack in December 1942-January 1943 against the Hungarian and Italian armies north of Stalingrad, which sealed the fate of the German soldiers trapped in that city.

Though the marketing copy for the product focuses on the Alpini, the elite Italian mountain troops whose retreat during this operation resembled the American retreat from the Chosin Reservoir during the Korean War, only three scenarios actually feature the Alpini. The others feature other Italian units or Hungarian units.

Some of the eight scenarios portrayed here seem to have actions that are more or less generic, with historical descriptions that are simply summary text at a level far above the tactical.  But at least a few represent actually historical actions, including a couple previously featured in Action Pack 3: Few Returned.  Little Saturn lists no playtesters, which is typical for Critical Hit products of this era, and probably means there were none.

Some of the scenarios are somewhat sloppy. One has an SSR stating that all Hungarian AFVs have Winter Camouflage–but the scenario is a Soviet vs. Italian action.

The product also comes with 6 winterized geoboards of nonstandard size (12″ x 17″), which is the easiest type of geoboard for Critical Hit to print. The artwork on them is okay, though the boards themselves are unexciting, representing standard open “southern Russia” terrain.

The copy of Little Saturn evaluated by Desperation Morale also came with a single half-sheet of 5/8″ counters, depicting Soviet vehicles and guns.  However, these counters are not needed for play, but simply thrown in per standard Critical Hit practice, and not all copies of this product may come with the same countersheet. 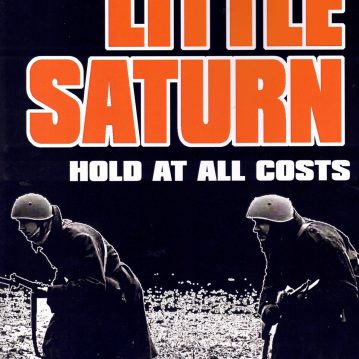