Contents:
Desperation Morale has not examined this product and cannot confirm claims as to its contents.  However, it appears to have 6 nonstandard 12" x 18" glossy heavy paper/light cardstock geoboards, 2 5/8" countersheets (352 counters) and 2 1/2" countersheets (560 counters), and 8 scenarios on cardstock.

Siberian Onslaught is a scenario/map pack from Critical Hit featuring 8 scenarios taking place in the Moscow region from October through early December 1941 as part of Operation Typhoon, the failed German attempt to take Moscow in late 1941.

There is no historical map; rather, Siberian Onslaught includes 6 nonstandard 12″ x 18″ geomorphic maps featuring “steppe” terrain.  These boards apparently feature wide open terrain with slopes and “printed snow drifts.” This suggests the board artwork is “winterized,” with shades of white and gray replacing the greens and browns of standard board artwork.  Wintergewitter, released at the same time, also uses such maps.

The product comes with over 900 counters, but Critical Hit does not make clear what they are. In all likelihood, they are duplicates of official counters rather than counters new to the system 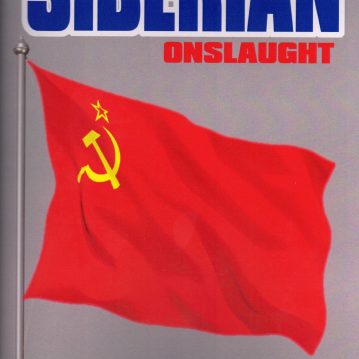