Wintergewitter: Ride of the Valkyrie is a Critical Hit scenario/map pack featuring scenarios set in southern Russia between December 12 and December 22, 1942 during Unternehmen Wintergwitter (Operation Winter Storm), the failed German effort to break through Soviet lines and reach the 6th Army trapped in the Stalingrad Pocket.  Eight scenarios are included in the product.

There is no historical map; rather, Wintergewitter includes 7 nonstandard 12″ x 18″ geomorphic maps featuring “steppe” terrain.  These boards apparently feature wide open terrain with slopes and “printed snow drifts.” This suggests the board artwork is “winterized,” with shades of white and gray replacing the greens and browns of standard board artwork. Siberian Onslaught, released at the same time, features similar maps.

A half-sheet of irrelevant counter seems to be thrown in to “sweeten” the deal but is probably not needed by the product. 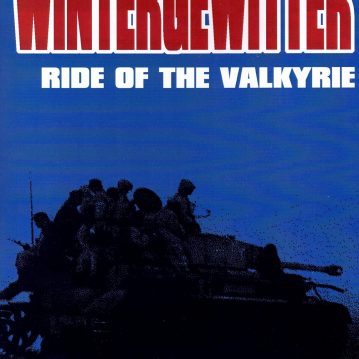