The second in George Kelln’s Grossdeutschland series (and the first scenario pack officially to be a Lone Canuck Publishing product), Grossdeutschland II (GD2) offers 8 more scenarios dealing with the Grossdeutschland on the Eastern Front in 1942-1943 with an even mix of German and Soviet attacks.

As is typical for Lone Canuck products of this period, the scenarios tend towards the large.  There are no small scenarios, only 2 medium-sized scenarios, and 6 large scenarios.  Four of the scenarios have OBA (some with both sides getting it), and one of the scenarios has Air Support.  One of the more interesting and playable scenarios is GD15 (Closing the Back Door), featuring a Soviet attempt to exit T-34s off the board, contested by a couple of AT guns and German soldiers armed with DCs and ATMM.

As this was published during 2002-2003, a period in which George Kelln practically flung new scenario packs out the door, the quality control and scenario playtesting has to be somewhat suspect. 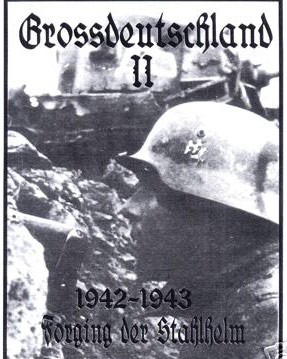