2021 Note:  In early 2021, MMP released Action Pack #16, which contains an additional scenario for Hatten in Flames.  AP173 (The Bend) uses the NE quarter of the map and features a German attack with 12 elite squads, two Panthers, and a couple half-tracks with Guns against 10 American squads and two tank destroyers. Another tank destroyer and a few more men show up as reinforcements. 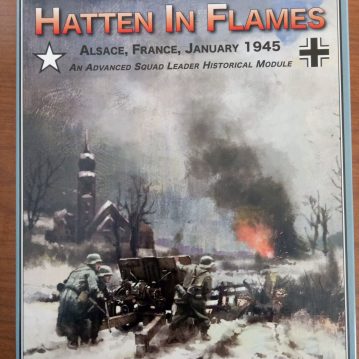