All of the scenarios are thus easily playable in tournaments; you could probably get through two of them before lunch.  They definitely will not appeal to people who prefer more than a handful or so of units to play with, however, so the pack won’t be to everyone’s taste. 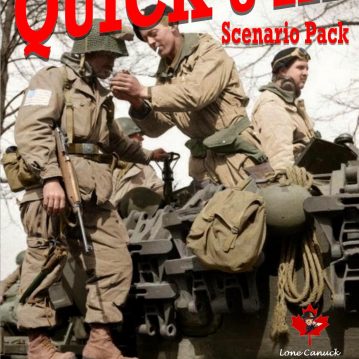