Soldiers of Ice: Objective Stalino is a scenario/map pack featuring combat actions involving Italian troops on the East Front in southern Russia in November 1941 (and this product is entirely different from that favorite cereal of dictators, Stalin-Os).

The product appears to be an attempt to recycle two older historical modules, Red Christmas and Roman Glory, by converting the historical maps into generic geomorphic mapboards. Ten of the 14 scenarios of this product are remakes of scenarios from the original two products; as Critical Hit puts it, “on the new maps with some new tweaks, and thus new titles.” The four added scenarios feature Italians on the Eastern Front from 1941 to 1943. One of them simulates an action that was originally simulated in Few Returned.

There are no playtester credits, so it is unlikely these remakes, or the new scenarios added, were actually playtested.

Soldiers of Ice comes with 6 unmounted, nonstandard  geoboards (12″ x 17″), printed on glossy thick paper/thin cardstock. Critical Hit can print boards of this size easier than standard size geoboards, which require cutting, so it has basically switched to this size for everything. The map artwork is “winterized,” with shades of gray replacing the typical greens and browns. The artwork is okay. 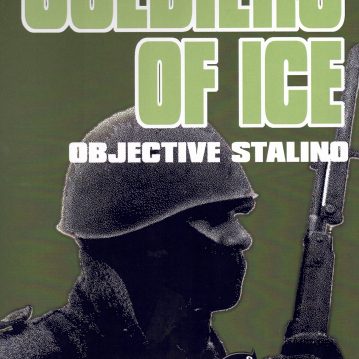