Except for its different setting, Hedgerow Hell is very similar to Streets of Fire and its limitations are the same.  It never proved very popular and took 20 years to sell out its print run. 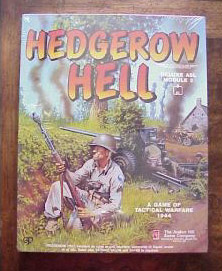