This particular die is a rather generic die for “parachute infantry,” rather than a specific airborne unit such as the 82nd Airborne Division.  It is a white die with black pips.  The 1-facing is replaced with a black “parachute infantry” emblem.

The die is blander than a number of other dice in the series. 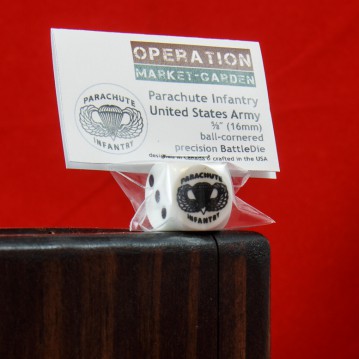